Written by John, a guest writer 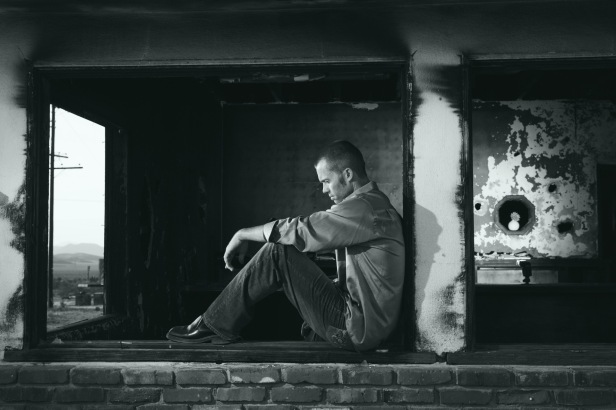 This is my story of overcoming depression.

After high school, I spent the summer enjoying my graduation and applying to colleges. For multiple reasons, mainly monetary, I was not able to attend any of the colleges I had accepted to. So, following a long tradition for the men in my family, I joined the Navy. I was proud the be a part of the family tradition and excited to ship off to basic training.

After I had completed all my training, I was lucky enough to get stationed in beautiful Virginia Beach. I was a proud new sailor stationed on a beach not far from home. Yet, despite what seemed to be the perfect environment for a 19-year-old sailor, my life was gloomy. I was having a hard time adjusting to my duty station, and the local motto was “Cover your own butt” which was only barely used more than the phrase “don’t be the last one caught with a secret”.

If you couldn’t tell already, it wasn’t a very nurturing environment for a young enthusiastic sailor who had just been taken away from home for the first time. Over time, my attitude towards life grew darker and darker. I wore a mask every day when I went to work. At night when I got back to my barracks, I would lay in bed, binge watch Netflix with the lights off, and pretend there was no world outside. In the morning when I woke up, it took everything to muster the strength to face the day.

After a while, I discovered that Nyquil came in two-pack jumbo bottles. I must have spent half my paychecks on Nyquil each weekend. I would chug a bottle on Saturday morning and take an additional swig every time I woke up just so I could stay asleep and not have to deal with life. I began to think that if I slept through all my free time, then time would fly faster, my four years would end sooner and it would all be over.

My girlfriend at the time (who is now my wife) would go days at a time with little more than a text from me, my parents would never hear from me, and my best friend (who was stationed 30 minutes away) would go weeks without hearing from me. My performance at work plummeted and I became ridiculed by my coworkers.

But then I met a man, who I’ll call Chaps. When Chaps arrived, he believed in me. He knew what my potential was and, instead of ridiculing me for my performance, he simply asked if I was proud of it. He held me to standards he knew I could perform to rather than degrading me for my failures. He believed in me when no one else did.

One day came that was particularly rough. Two of my coworkers seemed to be teaming up on me and I had enough. I went to Chaps for advice and he asked me something that changed my view on my whole situation. He asked me if it was them who had the attitude or me. So, I sat down and really thought about it. I realized that maybe I was the one with the attitude. I had been having a rough day and maybe without realizing it, I was taking my frustration out on them. So, I talked to them and I apologized, as did they. We decided to have a new start and, from that day on, things began to go a little smoother at work. I took the time to think about what the problem really was instead of getting caught up in the emotion of it. I began to hold myself to the standard that Chaps held me to and I gradually began to reach it.

I turned this new thought towards my own personal life.Did I really want to get caught up in my own feelings of loneliness and sleep my life away? Or did I want to fix the problem? What if instead of surrounding myself with darkness and allowing myself to be dragged deeper into depression, I forced myself to get out and do things? Not by putting on a mask, but by actually trying to get out and enjoy myself?

I started going to the beach, going to the park, going to the movies. It took all my effort and I was exhausted from it, but I made new friends. I started being more social and outgoing. It was excruciating at first but, after a while, I genuinely enjoyed myself. I went from being a depressed introvert to an introvert with extroverted tendencies and a positive outlook on life.

Our mind is the only organ we have any real control over. We can’t tell out livers to stop failing, we can’t tell the cancer in our lungs to stop growing, but we can combat our own crippling emotions with sheer will power by surrounding ourselves with positivity. I know not everyone believes this, but I am writing this post as an encouragement. You can beat it, you can get past your depression and anxiety, it doesn’t have to control you. Surround yourself with good people and good things and they will seep into your heart and become a powerful way to fight these issues.